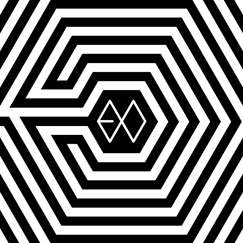 
EXO will set off to dominate the music industry once again with their second mini album, ‘Overdose’.

This mini album was perfected with the participation of famous hit makers from both Korea and abroad such as The Underdogs, Kenzie and Han-jin Yoo. There are a total of five  songs of various genres making it more than enough to experience the colorful charms of EXO.

As EXO is a group that is active both in Korea and China, this album will be available in two versions – the EXO-K version in Korean and EXO-M version in Chinese. It is expected for the audience to enjoy remarkable activities in both countries.

Last year, EXO topped all the charts for albums, songs and music broadcasts for three consecutive times with ‘Wolf’, ‘Growl’ and ‘Miracle in December’. Furthermore, they sold over 1 million albums for their first full-length album, were nominated at year-end music awards in both Korea and China, and their song was selected as the best K-POP in 2013 in the US Billboard, proving that they are outstanding group in both Korea and the global music markets. Thus, music fans around the world will show keen interest for this album.

The title song ‘Overdose’ is a hip hop and R&B based urban dance song made by the collaboration of The Underdogs, a world renowned producing team who worked Beyonce, Chris Brown and Justin Timberlake, and Kenzie who wrote a number of hit-songs. The lyrics describe the story of a man addicted to fatal and powerful love in a realistic but sensuous manner.  Music fans will be addicted with the addition of EXO’s unique performance.

‘Moonlight’ is a R&B song with an attractive and beautiful melody. The story of a man looking at a woman who is in love with another man from afar is expressed in a bittersweet voice.

The refined R&B dance song, ‘Thunder’, is highlighted by sensuous synthesizer and heavy drum sounds with impressively witty lyrics that compare  love which cannot be accomomplished to thunder and lightning. ‘Run’ is a pop genre track  that carries a fairytale-like-story which listeners will be able to feel the pure and bright energy of EXO.

Album also contains an R&B track titled ‘Love Love Love’ that combines the harp, piano and guitar riff for a dreamy and oriental ambience, as well as ‘Overdose (EXO VER.)’ sung by all twelve members (EXO-K and EXO-M).  It is consisted of  a total of six tracks to satisfy and mesmerize music fans.