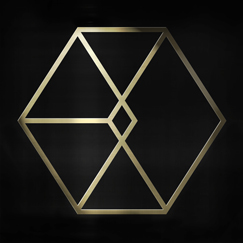 
The global superstars, EXO will release their second full-length album ‘EXODUS’ to once again conquer the music world on March 30.

This album was perfected with tracks made by top songwriters such as The Underdogs, Teddy Riley, Stereotypes and Kenzie, who participated in the SM Songwriting Camp (a songwriting camp where global producing teams and multinational songwriters collaborate to write songs for SM artists) at SM Entertainment’s (hereinafter SM) studio exclusively for EXO. Furthermore, JONGHYUN of SHINee also joined as a composer to bring out the colorful charms of EXO in a total of ten tracks of various genres.

EXO continuously pumped out hit songs such as ‘Wolf’, ‘Growl’ and ‘Overdose’, sweeping numerous music charts both in Korea and abroad. Furthermore, they posted over 1 million albums sold with their first full-length album, while sweeping year-end awards in both Korea and China for two straight years, proving that they are truly global superstars. They created a world-wide EXO syndrome and it is thus expected that there will be an explosive amount of interest from the music world for this album as well.

Planning to Take the Music Industry by Storm Once Again with the Addictive Title Track, ‘CALL ME BABY’!

The title track, ‘CALL ME BABY’ has an addictive hook and melody, infused with witty lyrics. It has a powerful finish with strong drum beats, brass and string instruments. They showed teaser performances of their title track in their second solo concert held amidst much fanfare at the Seoul Gymnastics Stadium for five days from March 7-8 and March 13-15 to raise anticipations, as they plan to once again take the music industry by storm.

Also, the first collaboration between one of the world’s top producing team, Stereotypes, and celebrated songwriter Kenzie created the unique and powerful hip hop R&B track ‘TRANSFORMER’, while the hit-maker Underdogs who worked already with EXO in ‘Overdose’ and ‘Moonlight’ wrote an R&B ballad titled ‘What If..’ to add color to the album.

Also, ‘PLAYBOY’, a song written by JONGHYUN of SHINee that talks about a cold and chic playboy, ‘MY ANSWER’, a charming ballad about an honest confession of a man who loves only one girl, and ‘EXODUS’, a dance track about a man who searches for an exit to run away from a girl with fatal attractions, are more than enough to experience the matured emotions of EXO.

Also, it includes the completed tracks of ‘EL DORADO’ and ‘BEAUTIFUL’, which were included in the members teaser cliips before EXO’s debut in 2012. It also carries ‘HURT’, a song that is dark and dreamy with a twist in mood with strong beats and sounds, and ‘Lady Luck’, a slow tempo urban R&B highlighted with simple guitar sampling and beats for a total of ten tracks that are expected excite music fans.

Meanwhile, EXO is planning to actively promote their title song ‘CALL ME BABY’.