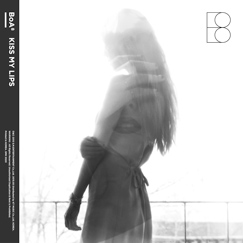 Muse of Asia, BoA, is releasing her 8th regular album, ‘Kiss My Lips’ on May 12th.

This album is being released in Korea in 2 years and 9 months since her 7th regular album, ‘Only One’, which came out on July 2012. This album, which is consisted of 12 songs covering various genres from R&B to pop and ballad and is showing mature sensibilities of BoA celebrating the 15th anniversary of debut, is expected to attract the media attention.

Especially since BoA has participated in the songwriting and producing of this 8th album, ‘Kiss My Lips’, in collaboration with top-notch composers such as The Underdogs and Stereotypes to add to the perfection of the album, it will definitely mesmerize her fans.

Since BoA has previously showed her songwriting skills through the songs she wrote such as ‘Only One’ and ‘Disturbance’ and has also fully displayed her capabilities as a producer through an audition program, this album is expected to become a special album to set the tone for BoA’s own music.

The title song, ‘Kiss My Lips’, is a minimal pop song with eccentric synthesizer riff and charming sound, BoA’s sexy vocal emphasizing the medium to low range of vocal tone doubles the dreamy mood of the song and fully presents BoA’s new charms as it is matched with the provocative lyric telling the listeners to stop hesitating and approach her.

‘Who Are You’, the pre-released track that attracted public attention by sweeping various music charts, is an electronic dance pop music with impressive guitar and bass sounds, and it draws attention with the featured artist, Gaeko of the hip hop group Dynamic Duo. ‘Double Jack’ which depicts the feelings of lovers has sweetened its mood even further with the featured artist, Eddy Kim.

Following songs are also the fun factors of the album; ‘Smash’ tells listeners to break away from the busy daily routine and find freedom, ‘Shattered’ which is the European pop style music sings about the betrayal of a trusted lover, and ‘Fox’ has an interesting lyric that describes how one with wariness based on the first impression gradually lowers the guard down and becomes attracted to the charms.

‘Home’ is an sensuous R&B track promising the listener to be someone he or she can rely on comfortably like home, and ‘Clockwork’ is a tango style song with the mysterious mood, and ‘Love and Hate’ that calmly tells a story before a break-up through the minimum arrangement of acoustic guitar and vocal also bring new charms.

The album also includes ‘Green Light’, the track characterized by avant-garde and cool string line, ‘Hello’, the ballad that simultaneously stimulates ears with the grandiosity, lonesomeness, and hollowness through the real orchestration, and ‘Blah’, the urban song with clean vocal tone and impressive sound of the heavy kick drum, and all 12 songs covering various genres will electrify the fans.

Meanwhile, BoA will start promoting her 8th album with the title song, ‘Kiss My Lips.’