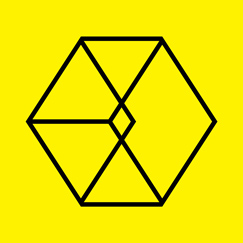 
EXO dominated the pop music world with their second regular album, ‘EXODUS’, and now they are releasing the repackaged album titled, ‘LOVE ME RIGHT’, on June 3.

This repackage was prepared to express EXO’s gratitude to their fans who have continuously showed their love and support, and 4 new songs including the title song, ‘LOVE ME RIGHT’, ‘TENDER LOVE’, ‘FIRST LOVE’, and ‘EXO 2014’ were added to the 10 songs from the existing second regular album, and all 14 songs in diversity will capture eyes and ears of the fans at home and abroad.

EXO has displayed the scope of global superstar’s influence by sweeping top ranks on various domestic and foreign track, album, and M/V charts and taking the 95th rank on ‘Billboard 200’, the main album chart of the famous US media, Billboard, to set the record of the highest rank in the history of Korean male singers on the chart.Also EXO won as many as 18 trophies from various television music programs of terrestrial and cable channels through their promotion of ‘CALL ME BABY’, the title song of the second regular album, ‘EXODUS’, this repackaged album is also expected to win great attention of the fans.

The title song added to this album, ‘LOVE ME RIGHT’, is a bright dance song with prominent funky rhythm and instrumental section, and the lyric delivers the great positive energy through the fluttering and happiness that one feels while driving with a lover. ‘TENDER LOVE’, partially written and composed by the hip hop group Dynamic Duo’s Gaeko is also attractive for its trendy sound and witty lyric.

Also, ‘EXO 2014’, the R&B ballad song composed by member LAY and written by CHEN and CHANYEOL, was showcased at the Seoul concert of EXO’s second solo tour, ‘EXO PLANET #2 – The EXO’luXion –‘, and received enthusiastic responses. ‘FIRST LOVE’, the pop song that describes the story of the first love and its fresh and pure feeling in a fairy tale mood, will make a more special gift for fans for it has already made news through the limited release at the homepage as the bonus track made for the fans during the comeback promotion for the second regular album.

Meanwhile, EXO will be capturing the hearts of fans globally while promoting the repackaged album and also holding concerts overseas.