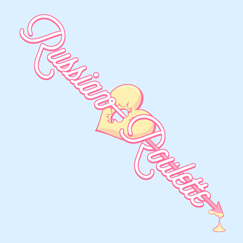 For Red Velvet has not only established themselves as one of the most trending girl groups  through continuous success with the songs starting from the debut song, ‘Happiness’, followed by ‘Ice Cream Cake’, and ‘Dumb Dumb’ but also  gained  great popularity through the group’s unique character that gives  off both cheerful and lovely charms and  feminine and  fascinating color  fans are expected to show great interest in the new songs they will be presenting through this album.

The title song, ‘Russian Roulette’ is a medium tempo synth pop song characterized by the retrospective 8-beat sound source line that reminds of an old arcade machine.   The lyrics  describe the course of winning the lover’s affection  as the game of Russian roulette.  Fun and addictive hook, “Heart B-B-Beat”, doubles the charm of the song  and announces the birth of another hit song.

‘Lucky Girl’ is a retro style pop dance song with prominent brass sound which depicts the heart fluttering feeling  and frank confession of a couple who just started dating.  The lyrics also describe the girl’s wish  to be the ‘Lucky Girl’ who can change the life of the man she loves. ‘Bad Dracula’ is a powerful dance song with impressive  twists of the verse and the chorus rhythms.   Witty  lyrics about a whimsical and cute Dracula that wishes to win the heart of the ‘person’ it loves catch the listener’s attention.

‘Sunny Afternoon’  is a new jill swing song that has warm afternoon feeling with the cool and refreshing sound of the brass section inserted in the intro and the final chorus.  ‘Fool’, a country style acoustic pop song, describes a person’s   pounding heart, who cannot help but smile like a fool in front of someone she loves. .

Also, ‘Some Love’ which depicts the push and pull between lovers is a tropical house song capturing ears with African rhythms and exotic sounds.  ‘My Dear’, which expresses the feeling that only two lovers can share, is a medium tempo song with interesting FM synth and 16-beat shuffle rhythm that reminds of the 1990’s.   The song features the melody that anyone can sing along easily, densely packed voicing, and various transpositions.