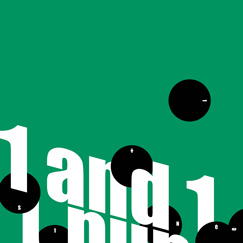 
K-POP leader SHINee will release their 5th repackaged album ‘1 and 1’ filled with ballad sentiments on November 15.

The repackaged album ‘1 and 1’ is made of two CDs with one containing five new ballad tracks including the title track ‘Tell Me What To Do’ and the instrumental versions of each song. It will be more than enough to experience the upgraded musical world of SHINee.

In particular, this repackaged album that maximizes the emotional musical colors of SHINee was worked on by not only famous hit-makers such as S.M.ENTERTAINMENT’s top producer and Korea’s R&B virtuoso Yoo Young-jin, the famous songwriter Kenzie, world-acclaimed producing team The Underdogs, and the talented lyricist Kim Eana, and also the member ONEW participated in writing the lyrics to attract attentions with emotional masterpieces of even more various genres.

Also, SHINee released their fifth regular album ‘1 of 1’ that expressed their analog emotions to exhibit unique makeovers and an unparalleled musical world sweeping first place in various song and album charts, as well as music shows, both at home and abroad winning the love of music fans from around the world. Therefore, it is expected that there will again be high expectations for this repackaged album.

Emotional R&B Genre Title Song ‘Tell Me What To Do’

The title song ‘Tell Me What To Do’ is a medium-tempo emotional R&B genre track spiced with trendy EDM elements. It is highlighted by the whispering guitar performance harmonized with soft electronic synthesizers. The lyrics are written in dialog-form where long-time lovers who have become so used to each other like the air they breathe overcome current hardships.

In addition, ‘Wish Upon a Star’ that features the sweet voices of SHINee members is a ballad that mixes a soft piano performance with an extravagant orchestration, that reminds listeners of a scene of looking up at the stars of a night sky. ‘Beautiful Life’ is a medium tempo pop song that ONEW wrote the lyrics to. The sad emotions were maximized talking about the one word that somebody would want to hear from the lover that they had no choice but to break up with.

In addition, the stylish R&B song ‘Rescue’ expresses a loved one as a ‘rescuer’, and is highlighted with the sensual lyrics that yearns for someone to come and save his life, which is like that of a lonely castaway. Also, the pop ballad track ‘If You Love Her’ is characterized by a minimal composition of a beautiful piano performance not only emphasizes the charming vocals of SHINee, but also captivates listeners with the last part where members take turn singing the same lyrics.

Meanwhile, SHINee’s 5th repackaged album ‘1 and 1’ will go on sale both on and offline from November 15.