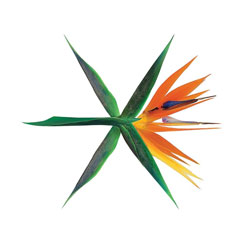 ‘Return of the Kings’, World’s Hottest Group, EXO, makes their comeback!
All Songs from of their 4th Album ‘THE WAR’, releases on July 18th!


The world’s hottest group, EXO (S.M.Entertainment), is returning with their 4th album ‘THE WAR’, to dominate the music industry once again.

EXO will begin their promotions with the release of the album ‘THE WAR’ on various music sites on July 18th at 6 p.m. Immense responses are expected from music fans globally.

The 4th Album ‘THE WAR’, especially, instructs the new beginning of EXO’s world that has been continued since their debut. The album delivers a total of nine songs, including ‘Ko Ko Bop’, the title song that presents the unique music style of EXO. Expectations and curiosity of EXO’s new music and performances are rising.

Numerous world’s hit song makers such as popular composer kenzie, who displayed excellent teamwork before with EXO through 'Monster', ‘Wolf’, and ‘Overdose’, and the team of world-renowned producers, The Underdogs, have worked on the album. In addition to kenzie and The Underdogs, hot producer team LDN Noise from the U.K., the production team MARZ Music from America, the American producer duo The Fliptones, who had worked on songs for various international artists such as ‘Jason Derulo’ and ‘Flo Rida’, and the skillful singer-songwriter HENRY, have all teamed up for this album. The quality of the album was also increased through EXO’s CHEN, CHANYEOL, and BAEKHYUN’s participation in writing the lyrics for the album.

EXO has set brilliant records by earning the title as the triple million seller for selling 1 millon copies of each of their first, second, and third albums. Each time they had released a new album, they sweept the single and album charts of both Korean and International music charts and the music show’s charts. They also won the ‘Grand Prize’ at various music awards for four consecutive years and exceeded 100 million views on YouTube for five music videos, including ‘Growl’, ‘Overdose’, ‘CALL ME BABY’, ‘Monster’, and ‘Wolf’. With so many new records being set by EXO, expecations are rising for their fourth album.

The title song, ‘Ko Ko Bop’, is a charming and energetic, reggae pop song created with the combination of the rhythmical reggae guitar and the heavy bass. EXO’s CHEN, CHANYEOL, and BAEKHYUN participated in writing the lyrics that encourage indviduals  not be shy and dance away the last night before the unavoidable, fateful war.

‘The Eve’ is an electro-pop song and also acts as the prelude to the war, in which the new world of EXO begins. ‘What U do?’ is a song where the refreshing mood of the song stands out and delivers the lyrics that express the feelings honestly and openly toward the lover.

Also, the song ‘Forever’ contains addicting signature sounds, 808 bass, and strong synthesizer along with the lyrics about everlasting love. ‘Diamond’ is a hip-hop, R&B song with an interesting lyric that compares human values to an unchanging diamond.

CHEN wrote the lyrics for the dance song, ‘Touch It’, which depicts a man who gets nervous and doesn’t know what to do with the slightest touch of the girl he fancies. CHANYEOL also wrote the lyrics and participated in the rap making for ‘Chill’, which is a R&B, dance song with lyrics that describe and express interestingly how a man ‘feels the chills’ as he cannot pull himself away due to his attraction to the woman’s beauty.

In addition, ‘Walk On Memories’ is an R&B, pop song with memorable lyrics that depict a man tracing forgotten memories as he walks with his lover at dawn. ‘Going Crazy’ is an R&B, dance song that drew attention after it was pre-released on screen during EXO’s second solo concert, 'EXO PLANET #2 - The EXO`luXion -'. All nine songs of various genres are expected to receive immense responses.

Meanwhile, EXO’s 4th Album ‘THE WAR’, will be released in stores on July 19th.