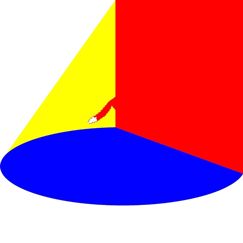 Especially, SHINee has successively released the three-part sixth regular album series to celebrate the 10th anniversary of their debut and promoted the triple title relay with ‘Good Evening’, ‘I Want You’, and ‘Our Page’, winning enormous support with high quality music and distinguished concept. This composite album will be a chance to experience various music styles and sensitivities of SHINee altogether, making a great gift for the season of fall for the fans.

The new song added to the composite album, ‘Countless’, is an R&B song based on refreshing tropical house genre. SHINee’s exquisite harmony and appealing vocals playing on top of the bouncy groovy beat mesmerize ears. The lyrics that unraveled the numbers (hana, dul, set, net / one, two, three, four) and Korean characters (ga, na, da, ra) in the form of an acrostic poem and the chorus that progressively used ‘word, sentence, and language’ to mean the lover make the song more interesting.