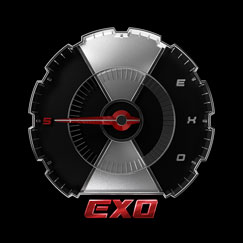 
‘K-POP King’, EXO (SM Entertainment), is coming back with the fifth regular album, ‘DON’T MESS UP MY TEMPO’, on November 2nd.

This album brings fans a total of eleven songs in various genres including the Korean and Chinese versions of the title song, ‘Tempo’, and nine songs that incorporated the super power of each member such as fire, teleportation, strength, light, freezing, wind, thunder, healing, and water into the lyrics. Fans will have a full experience of EXO’s music world through this album.

For this album, the hit song makers such as LDN Noise, the British producing team, The Underdogs, the world-renowned producing team, MARZ Music, the American production team, and Kenzie joined hands to enhance the quality of the album. The album also contains songs written and composed by the EXO’s member, CHANYEOL. It is expected to draw great attention from fans globally.

Especially, EXO became the ‘Quadruple Million’ seller by consecutively selling more than a million copies of each of their regular albums, won the ‘Grand Prize’ at the Korean Music Award for five consecutive years, became the first Korean musician with their song selected for Dubai Fountain Show which gained the worldwide reputation, and decorated the closing ceremony stage for 2018 Pyeongchang Winter Olympic Games to prove their undiminished influence while promoting globally. Their new activities through this album are raising expectations further.

The title song, ‘Tempo’, is a hip-hop dance song featuring energetic bass line, rhythmical drum, and EXO’s refreshing a cappella. The lyrics are charming in that they compare the girl he loves to ‘melody’ and express how a guy wishes to keep pace with her tempo. The Korean and Chinese versions of the song are included in the album.

‘Sign’ is an electro pop song with interesting lyrics that compared the doubts growing along with her lies and the irreversible heart to the escalating fire. ‘Ooh La La La’ is a Latin pop song with the lyrics telling a dramatic story where an imaginary love turns into reality at the moment the eyes met as if it was tele-transported from imagination to real world.

‘Gravity’ is an electro pop song for which CHANYEOL wrote the lyrics by comparing the wish to hold her back when she is leaving to gravity. ‘With You’ is a pop R&B song with the sweet lyrics that the lover makes him shine brighter and CHANYEOL also partially wrote and composed the song.

‘24/7’ is a medium tempo song that expresses the complex feeling that one gets after throwing harsh words at the lover and leaving her in the night. ‘Bad Dream’ delicately expressed the feeling one has in the night when the thoughts of the bygone love press in.

‘Damage’ is a sardonic resolution to pay back the scars that one had from the lies of the lover at once like the thunder. ‘Smile On My Face’ is an R&B ballad song that combines the soft melody with the lyrics about a guy who is healing himself of the scars from breaking up and letting go the lover with a smile. ‘Oasis’ is an urban pop song that compares the journey to seek an answer to questions about life to oasis. All eleven songs will give off various charms of EXO.