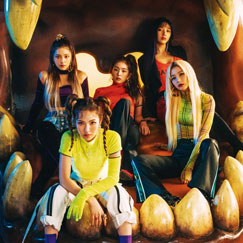 
The ‘irreplaceable girl group’, Red Velvet (SM Entertainment), is going to take over the K-Pop world at the end of 2018 with their fifth mini album, ‘RBB.’

Red Velvet’s fifth mini album, ‘RBB’, will be released on various online music sites on November 30, and a total of six songs including the Korean and English versions of the title song, ‘RBB (Really Bad Boy)’, are listed in the album. It is expected to win great responses from the music fans globally.

The hit song maker, Kenzie, the world-renowned producing team, The Underdogs, Britain’s topnotch producing team, LDN Noise, the talented composer, DEEZ, and the hip-hop musician drawing great attention, PENOMECO participated in the album to enhance its quality. It will be a chance to experience various musical sensibilities of Red Velvet.

Previously, Red Velvet not only came first on various global music charts with ‘Bad Boy’, the title song of the repackaged album of the second regular album released in January, and ‘Power Up’, the title song of the summer mini album released in August, but also won great support by perfectly presenting various contrasting concepts from chic winter charms to cheerful and bubbly summer charms. The new images that they will present through this album are raising expectations.

The title song, ‘RBB (Really Bad Boy)’, is an R&B pop dance song that combines the addictive melody and the powerful high notes and brilliant ad-lib of Red Velvet. The lyrics boldly expressing the interest in the intensely attractive ‘bad boy’ make the song more interesting. Both Korean and English versions are listed in the album to make the song more charming.

‘Butterflies’ is a punk pop song that creates a cute mood. The lyrics compared the thrill that comes to the heart when falling in love to the butterfly that gently flies in the air as if it dances. ‘So Good’ is an R&B based future bass song that features the melodic piano and rhythmical drum sound and the lyrics that expressed the feeling of love that rises like the wave even by the scent and silhouette of the lover.

Also, the urban pop dance song, ‘Sassy Me’, captures ears with the diversity in Red Velvet’s vocals from the unique low chanting to the high notes. ‘Taste’ is a pop dance song with old school feel, which starts with the narration that WENDY wrote and continues to the message that encourages listeners to follow the heart when making a choice instead of reading other people’s faces.