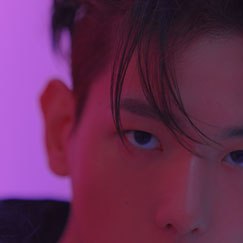 This is the new album BAEKHYUN is releasing in ten months after his first solo album, ‘City Lights’ he released in July last year. It includes seven songs in R&B genre with various moods including the title song, ‘Candy.’ I will be a chance to experience BAEKHYUN’s unique sweet vocals and trendy musical sensibility.

Also, for this album, renowned domestic and foreign musicians including the hit maker Kenzie, the popular composer DEEZ, the famous American producer Mike Daley, the top producing team Stereotypes, the world-class producer OMEGA, and the singer-songwriter Colde joined their hands to bring up the quality of the album.

Especially, BAEKHYUN is enjoying global popularity for excellent singing skills and intense performance he presented as a member of EXO and SuperM. Through individual promotions, he also sold the largest number of albums as a solo artist according to the Gaon Chart in 2019 and made multiple hits with OSTs for various dramas, collaborations, and featured songs. All these activities are raising expectations for the new album.

‘Candy’, trendy title song in R&B genre, bringing listeners into BAEKHYUN’s charms with no way out!

The title song, ‘Candy’, is a futuristic R&B song that features a trendy melody that unfolds like a wave on top of the addictive synth sound. The lyrics wittily translated various charms of BAEKHYUN by comparing them with candies of many flavors.

Also, ‘R U Ridin’?’ is an R&B trap song that depicts BAEKHYUN’s urbane image, and it combines the chill beat and melody and the lyrics that speaks of love. ‘Bungee’ is a medium tempo song that features a piano melody, and it depicts how one falls in love by comparing it to jumping into and swimming in the sea.

‘Underwater’ is a dreamy R&B song that renders the sadness that comes after losing a lover with BAEKHYUN’s sensuous voice to double the plaintive mood of the song. ‘Poppin’‘ depicts the feeling of happiness that bursts out uncontrollably when the love is felt with honest words and elegant feeling.

The album also includes ‘Ghost’ which expresses the pain of parting by comparing the afterimage of the lover lingering after the breakup to a ghost and ‘Love Again’ which is a contemporary R&B song with the lyrics about a man who craves the love of a woman who is between the end of love and the beginning of parting. All seven songs will fascinate music fans.