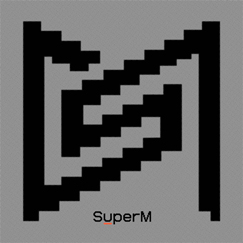 SuperM, Finally Unveiling the 1st Full Length Album, ‘Super One’!
Worldwide Release of 15 Tracks, including Single, ‘One,’ on September 25th!

Like the previous singles such as ‘100’ and ‘Tiger Inside,’ ‘SUPER ONE’ delivers a positive message through the fifteen songs included: ‘All of us are special (Super). Each of us (One) has a power. Let’s put our strengths together (One) and overcome the difficulties we face now.’

Renowned global hit-makers including SM Entertainment’s representatives YOO YOUNG JIN and KENZIE, UK top producers LDN Noise, and Swedish producers Moonshine, who composed singles for SuperM such as ‘Tiger Inside’ and a song ‘Super Car’ from the first mini album, took the production to another level while members TAEYONG and MARK also made the contribution in songwritings which is garnering high level of anticipation worldwide.

SuperM became the first Asian artist to top the ‘Billboard 200’ chart with the debut album ‘SuperM’ which was the first mini-album released in October last year. Worldwide fans are showing high expectation on SuperM’s return with their first full length album.

The single, ‘One (Monster & Infinity),’ is a hybrid remix that blends two different songs. It presents a powerful and energetic performance of SuperM through the narrative song structure by combining two album tracks, ‘Infinity’ and ‘Monster,’ and the catharsis felt from the transition from one song to the another.

The lyrics express the strong will with great confidence to overcome the difficulties without fear and step toward a better and higher place.

‘Infinity’ speaks of a great ambition to ‘reach the infinity.’ ‘Monster’ illustrates their story of overcoming difficulties and adversities by comparing themselves to ‘monsters.’ ‘Better Days’ has a warm, comforting, and compassionate message which will mesmerize listeners’ ears.

Furthermore, the album includes a variety of tracks with dub sound reggae rhythm with an addictive chorus melody ‘Wish You Were Here,’ a cheerful tropical house genre song ‘Big Chance,’ rhythmical pop dance song that uniquely interpreted the reggae tone through SuperM’s unique style ‘Line ‘Em Up,’ and chorus harmonies standing out from each members ‘Step Up.’

You can also find previous singles, ‘100’ and ‘Tiger Inside,' along with songs previously performed during SuperM's live concerts which were ‘Dangerous Woman’ and ‘With You’. Members TAEYONG and MARK contributed in rap makings in ‘Together At Home,’ sexy provocative mood-like song ‘Drip,’ and slow jam track that depicts a man’s innermost feelings of claiming to be a bad guy after his break up ‘So Long.’ All 15 songs are more than enough to enjoy listening to SuperM’s musical diversity.