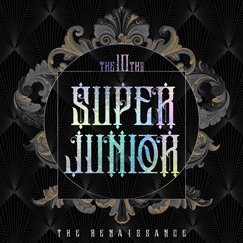 All digital tracks of SUPER JUNIOR’s tenth regular album, ‘The Renaissance,’ will be released through various online music platforms such as FLO, Melon, Genie, iTunes, Apple Music, Spotify, QQ Music, KuGou Music, and KuWo Music, at 6 p.m. on March 16th. Also, the music video for the single, ‘House Party,’ will be available simultaneously through YouTube and Naver TV SMTOWN channel.

Particularly, this new album, ‘The Renaissance,’ has been receiving enthusiastic responses from the fans who have waited for a long time as it consists of thirteen different versions, including the versions of the group, units, and individuals with ‘Passionate,’ ‘Versatile,’ and ‘Beautiful,’ which drew attention with different combinations.

“World, Connected Without Contact”
Cheerful Message of Hope from SUPER JUNIOR to the Pandemic World!

The single, ‘House Party,’ is an addictive disco-pop track with a cheerful vibe, exciting rhythm, and a guitar riff. The hit maker YOO YOUNG JIN participated in lyrics and composition on the single and took the production to another level. Trendy melody and trap vibe are added to bring up more energy to this dance number.

Lyrics such as “We are almost there, hang in there until the last person gets up” and “World, connected without contact,” gives a cheer up message to everyone who are having a difficult time due to COVID-19 to not forget about their daily lives and to hang on just a little longer because we are almost there.

Including the single, ‘House Party,’ this album consists a total of ten tracks, including ‘SUPER,’ ‘Burn The Floor,’ ‘Paradox,’ ‘Closer,’ ‘The Melody,’ ‘Raining Spell for Love (Remake ver.)’, ‘Mystery,’ ‘More Days with You,’ and ‘Tell Me Baby,’ presenting more intense musical world of SUPER JUNIOR going across diverse genres such as pop, ballad, and dance.