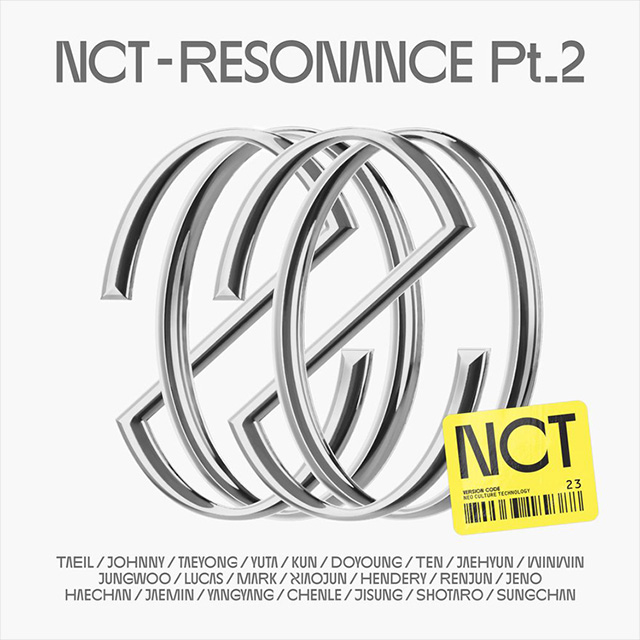 The ‘Million Seller,’ NCT (SM Entertainment), continues to sweep the globe with massive popularity with the release of the second regular album Pt. 2 on November 23rd.

‘NCT – The 2nd Album RESONANCE Pt.2’, total of 21 tracks including eight new tracks such as ‘90’s Love’ and ‘Work It’ and 13 songs released on Pt.1 of the second regular album. The album offers an opportunity to enjoy NCT’s diverse music.

Especially, NCT became a ‘Million Seller’ just in a week after releasing Pt. 1 of the second regular album, and swept various charts, ranking sixth on Billboard’s Main Chart, ‘Billboard 200,’ and first on the United World Chart in America, second on Oricon’s Weekly Album Chart and first on Foreign Album Chart in Japan, first on QQ Music Digital Album Sales Chart in China, and first on Album Charts in Korea. Pt.2 is also expected to receive immense responses continuing the success from Pt. 1.

The single, ‘90’s Love,’ is an old school R&B hip hop track sung by TEN, WINWIN, MARK, JENO, HAECHAN, YANGYANG, and SUNGCHAN. A mixture of exciting, upbeat, groovy drums and bass lines. It brings the newtro vibes by combining the 90’s hip hop and R&B with modern sounds. The lyrics deliver a message that NCT creates new values by remembering and reinterpreting precious moments of the past as they transcend time and space.

‘Work It’ is an electronic dance track delivered by JOHNNY, YUTA, TEN, JUNGWOO, HENDERY, JAEMIN, and JISUNG. It features energetic bass lines, exciting & solid synth sound, and a charming addictive hook. The lyrics express the members realizing their essential values and promises to themselves to reach out for their promising future.

‘Raise The Roof,’ sung by TAEIL, YUTA, JOHNNY, KUN, JUNGWOO, HENDERY, RENJUN, CHENLE, and JISUNG, is a hip hop track that combines unique rhythm and oriental sound. It features the grand chant in the chorus and the lyrics that say when the power of the individuals are put together, the impact will grow and expand exponentially just like the sonic that resonates.

‘My Everything’ is an emotional ballad song with unique vocals of TAEIL, XIAOJUN, and RENJUN. The lyrics sentimentally illustrates a man who could not forget his lover after the break up, and still wait in the same place while reminiscing the old memories.

‘All About You,’ sung by JAEHYUN, JUNGWOO, MARK, HENDERY, SHOTARO, SUNGCHAN, and CHENLE, is a retro and modern bass sound is a retro medium-tempo pop song characterized by modern bass sound and crispy texture. The soft vocals of the members charm the listeners. ‘I.O.U’ is a Lo-fi hip-hop song that combines unique rap and vocals by TAEYONG, KUN, DOYOUNG, YANGYANG, SHOTARO, CHENLE, and JISUNG. The lyrics that express the boy’s heart flutters as he runs to confess his love on the first day of snow, elevates the charm feeling on the song.

The album also includes ‘Interlude: Present to Future’ which is an instrumental song that depicts the flow of time from present to future and ‘Outro: Dream Routine’ which contains the ambition of NCT about their promotion which will continue in the future. All eight new songs will give a chance to experience the much richer music selections of NCT.