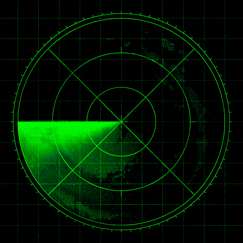 This special album is a new album coming out in a year and six months after 'OBSESSION,' the sixth regular album released in November 2019. The album contains five songs, including the single, ‘Don’t fight the feeling,’ all of them created with great devotion for fans like a special gift, expected to draw great attention.

EXO has been making mega-hits with every album they released, continuing their strides in global success. Also, its unit and solo promotions in all sectors have demonstrated the biggest-ever influence. This album is also expected to win immense responses.

The single, ‘Don’t fight the feeling,’ is a dance number that features a cheerful rhythm and synthesizer alongside the bass with a massive presence. The lyrics depict the charisma of youth by telling listeners to have faith in themselves and follow their will at many moments of choice they would face in life, giving off its energetic charms.

‘Paradise’ is an up-tempo pop in a funky mood. The lyrics interestingly illustrated how it is like to fall in love by comparing every place with the lover to heaven. 'No matter,' combined with retro emotion, has interesting lyrics that tell you, 'it's OK to take a break when you are worn out, like putting in a comma in life.'

Also included in the five songs of the new album are ‘Runaway’ which is an R&B pop that expressed the search for the new self outside the frustrating reality, and ‘Just as usual’ which gives a warm, comforting message that promises to stay beside you so that you won't feel lonely anywhere anytime.