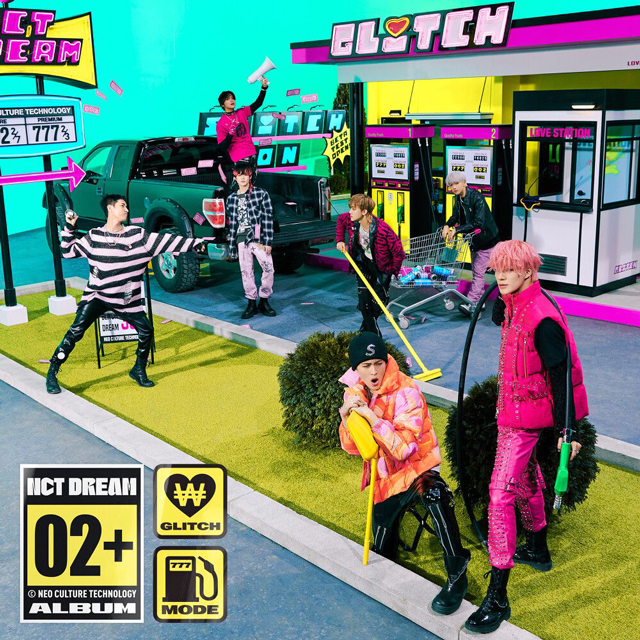 ‘Glitch Mode,’ NCT DREAM's second regular album, scheduled for release on March 28th, lists eleven songs, including the single, ‘Glitch Mode,’ to give a chance to have a full range of experience of NCT DREAM's unique music style.

The single, ‘Glitch Mode,’ is a hip-hop dance song that features the contrast between the intro’s narration and the dynamic 808 bass. The unique lyrics in the chorus are combined with chanting to make the song infinitely addictive. The lyrics make a witty depiction of how you become nervous and speechless when you see someone you are in love as if a buffering or a lagging browser.

The intro track, ‘Fire Alarm,’ announces the beginning of the second regular album, that captures the bold ambition of NCT DREAM to surprise the world once again with this new album. ‘Arcade’ is a charming hip-hop dance song with an attractive signature vocal source and dynamic beat. The lyrics use arcade games as a motif to deliver a message full of confidence, "if you want to win, then you will eventually have to follow me."

‘It’s Yours’ is a medium pop song that raises the excitement with the lyrics that imply, "No words can describe you in my world full of you." ‘Replay’ is a medium R&B pop song that frankly talk about the emotions you have after the break up when you think about the happy moments. ‘Never Goodbye’ is an R&B ballad that sadly depicts the precious heart that carries the message, which says 'always waits for you in the same place' just like the Polaris.

‘Saturday Drip’ by MARK, JENO, JAEMIN, and JISUNG is a cool hip-hop song reminiscent of the 90's hip-hop scenes through witty repetition of synth sounds. ‘Better Than Gold,’ a synth-pop song, which balances the lyrics that say 'now' when we are together is more important than gold and the cheerful sound to create a festive mood.

Also included, ‘Teddy Bear,’ which is a warm R&B pop ballad song with MARK's gentle narration, ‘Drive,’ which arouses sad emotion with the lyrics reminiscent of young days spent with an old friend, and ‘Rewind,’ which is a medium R&B pop song that carries a message they want to send to their fans as well as the wish to be together forever with the '7dream.'

All eleven songs of different genres are expected to win enthusiastic responses from music fans.