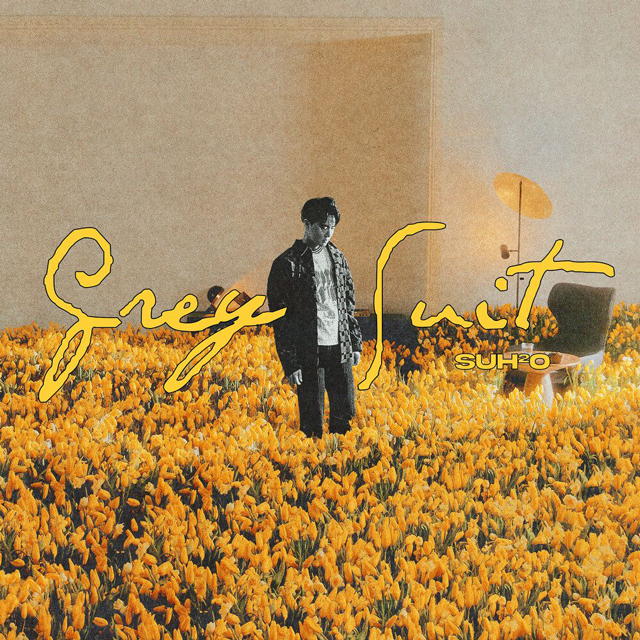 SUHO, Participated As Lyricist For All Tracks! Album Includes 6 Songs Under the Theme of ‘Time’!

This is SUHO's solo album released about two years after ‘Self-Portrait,’ the mini-album released in March 2020. Including the single, ‘Grey Suit’, the album includes six songs written under the theme of ‘time’.

Like the previous album, SUHO participated in planning the album concept and writing the lyrics for all six tracks, fully reflecting his sensibility in the songs, which will mesmerize music fans with sweet vocals in harmony with varied band sounds.

The single, ‘Grey Suit,’ is a progressive rock song that harmonizes lyrical band sound with the dynamic string line. The lyrics sensibly expressed the feelings that gradually became colorful through the one he met again after a period of emptiness and dullness when everything seemed to have been stopped by comparing them to light and color.

‘Morning Star’ is a modern rock song that features a dreamlike intro. Lyrics captured expectations for the reunion with those who waited for him for a long time after waking up from a deep dream. ‘Hurdle’ is a pop-rock song that features the city noise in the intro and the tensive bassline. The lyrics cleverly describe the wish to run to the lover across time to draw ears.

Other songs include ‘Decanting’, a song of a sensual mood that compares how you fall in love to how you enjoy wine, ‘Bear Hug,’ which expresses the intention to give a warm hug to a lonely friend to give comfort, and ‘Moment,’ which sends a message, 'Tough times will be over soon. Enjoy and love the moment in happiness.' All six songs with various charms are packed in this album.