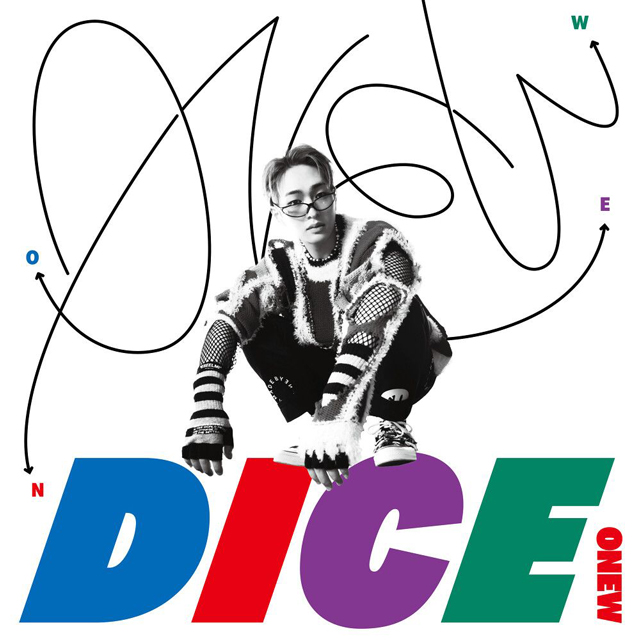 This album consists of six songs in various genres, including the single, ‘DICE,’ which is enough to experience ONEW's incomparable voice and charming music styles.

In particular, this album is ONEW's solo album released about three years and four months after his first mini-album 'VOICE,' released in December 2018. ONEW has been active in various fields as a member of SHINee, such as drama OSTs, collaborations, and musicals. He has been recognized for his gorgeous vocals and outstanding singing ability. Enthusiastic responses are expected for ONEW's new music.

Single, ‘DICE,’ a rhythmic + refreshing love song! A treat for the ears, with romantic lyrics and incomparable voice!

The single, 'DICE,' is a pop song that features the harmony between a rhythmic pluck guitar and a refreshing synth sound. The lyrics sensuously describe a man who risks everything for the woman he loves even though he knows it is a game that he would obviously lose by comparing the feeling of falling in love to a game.

'Sunshine' is an electronic pop song in a cheerful mood. ONEW's unique, refreshing voice well expressed the excitement of going on an impulse trip away from boring daily life. 'On the way' sets a romantic mood with the lyrics that express the desire to run to the lover after spending the whole night thinking about the relationship with the lover and ONEW's sweet vocals.

‘In the whale’ is a medium-tempo pop song that puts together a lively drum beat and a sound filled with a sense of space. The gentle singing style that sounds like he is talking draws ears, and the lyrics personally written by ONEW express his feelings for the fans that he would stay by even in the deep darkness.

The album also includes 'Love Phobia,' an alternative pop song that depicts a contradicting heart skeptical about love but desires eternal love in the end, and 'Yeowoobi,' which features a dreamy and lonely mood. All six songs will fascinate music fans.