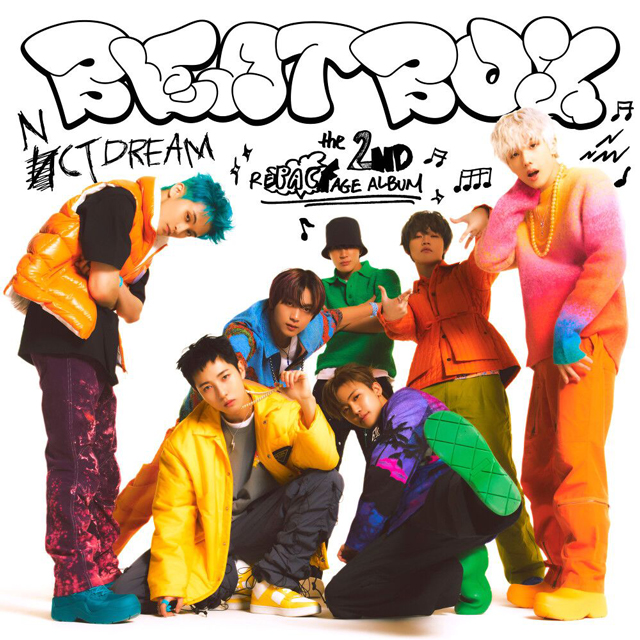 Including Four New Songs, with the Single, ‘Beatbox’!

NCT DREAM (SM Entertainment), who earned the title of 'double-million seller' with its second regular album in the shortest time, continues its storming popularity with this repackage album.

This album, releaasing on May 30th, delivers 15 songs, including four new songs: the single 'Beatbox,' 'To My First,' 'Sorry, Heart,' and 'On the way,' in addition to the eleven songs from the second regular album.

In particular, NCT DREAM recorded sales of over 2.1 million copies with its second regular album 'Glitch Mode' within the week of its release and became a 'double-million seller' in the shortest time. NCT DREAM has proven its strong influence by sweeping various music charts, such as No. 1 on Japan's Oricon Overseas Album Charts for two consecutive weeks, No. 1 on Japan's Line Music Album and Song Top 100 chart, and No. 1 on China's QQ Music Album Sales Chart. This album is also expected to win enormous responses.

The single, 'Beatbox,' is an old-school hip-hop dance number that uses beatbox sources. The lyrics hopefully and positively express the message that NCT DREAM will present the music that only they can create. It provides everything you need to enjoy the youthful energy and cool charms.

In addition, 'To My First,' which continues the NCT DREAM's first love series, is an R&B pop song that depicts the giving of a calm final goodbye to the first love after realizing the feeling of true love. 'Sorry, Heart,' sung by RENJUN, HAECHAN, and CHENLE, is an R&B ballad song that honestly expresses the regretful feelings for being less than enough to the lover while presenting a sweet vocal harmony.

Also, ‘On the way,’ which decorates the finish of this album, is an R&B pop song sung in a sad mood and it contains the promise of the members to walk the same path together forever as they wrap up their second regular album.