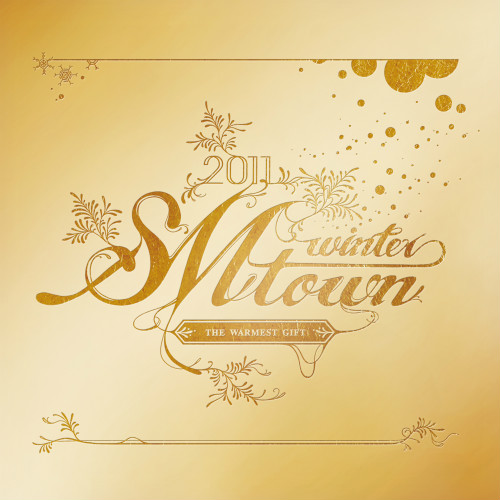 This is the SMTOWN's winter album released in 4 years since 2007, and the artists of SM Entertainment appearing in worldwide stages such as Kangta, BoA, TVXQ!, TRAX, The Grace Dana & Sunday, Girls' Generation, SHINee,f(x),
Super Junior, Zhang Li Yin, and J-min all participated in the album to present the winter songs that show their unique characters and give the opportunity to enjoy the great music performed by top artists through a single album.
The album contains total 11 songs including 7 new songs that depict the mood of winter and 4 remakes of
world-famous carols such as 'Last Christmas' and
'Sleigh ride' that it will make a great musical gift to enjoy the full winter season including Christmas.
Especially this year, SMTOWN has reapproved the great popularity of its artists and its global brand power by successfully holding the world tour starting from Seoul and continuing in LA, Tokyo, Paris, New York, and Shanghai that all songs in the album were recorded in English to send the message of thanks to the fans of the world who showed great support for its artists, and this may become the beginning of the global carol that everyone in the world enjoys together.
As much as the title of the album is 'The Warmest Gift', Super Junior is chosen to play the Santa Claus to bring this year's gifts to sing the title song 'Santa U Are The One', and the cute lyric that the Santa Claus who brings happiness and gift to the world is the best, cheerful rhythm, and melody are put together to create wonderful Christmas mood, and also the bright and cheerful voices
of Super Junior double the mood of the song.
'Sleigh ride' by TVXQ! expresses the excitement of Christmas along with the feeling of riding the sleigh through the perfect sound produced with bright swing rhythm combined with the magnificence of the orchestra and the powerful sound of the big band, 'Last Christmas' reinterpreted with SHINee's unique color brings eccentric charms of the members through the electronic dance song created in dreamy and powerful synth-pop style.
'Diamond' is a standard pop-song with friendly and elegant style that depicts the warm and happy feeling of the winter through the charms of Girls' Generation, and
'1, 2, 3' is the second work by f(x) and PEPPERTONES following 'Stand up!' listed in the 1st full-length album of f(x), and it brings the winter mood in full by adding the cute and lovely mood perfect for the winter song to the PEPPERTONES' unique bright and healthy musical colors.
BoA's new song, 'Distance', is an R&B ballad where the piano riff with simple rhythm and dreamy feeling and the appealing and elegant voice of BoA stand out, 'For The First Time' sung by the sweet voice of Kangta is an acoustic ballad that sings about the thrill of love he received from a woman while looking back on the days he spent with her and it maximizes the touchy mood of the cold winter.
'Like A Dream' by TRAX was re-recorded in English version by switching mood of the song from their 3rd mini album to the winterer mood, 'The First Noel' is a remake of the world-famous song of the 'First Noel', 'Amazing' sung by The Grace Dana& Sunday is the pop-ballad that talks about the importance of everyday life, and 'Happy X-Mas' originally written and performed by John Lennon and Ono Yoko is delivered through the fresh and appealing voice of J-min, and all 11 songs of the album in various genres will mesmerize the music fans throughout the winter.
2011 SMTOWN Winter <The Warmest Gift> will be released on December 14th in Japan following the release in Korea on December 13th.