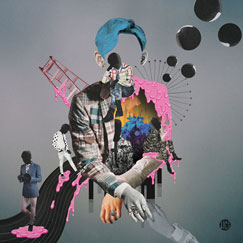 SHINee’s Third Full-length Album Chapter 2
‘Why So Serious?-The misconceptions of me’ in Stores on April 29!


The contemporary band, SHINee, will release Chatper 2 of its third full-length album on April 29.

SHINee swept various music charts with their third full-length album Chapter 1 ‘Dream Girl-The misconceptions of you’ that they released on February 20. Chapter 2 is also made up of high quality music containing the unique identity and colors of SHINee. Furthermore, it also offers fans the fun experience of finding the keywords that are hidden and linked together in the Chapter 1 and Chapter 2 albums, and it is thus expected to be received warmly by music fans around the globe.
‘The misconceptions of me’ is made up of tracks containing lyrics and an ambience felt by the dreams that SHINee aspired, their misconceptions of ideals, actual reality and dreams, and the gap between ideals. It is mainly comprised of powerful and dark tracks, including ‘Nightmare’ that punctuates SHINee’s vocal skills in which they cry out to a desperate love, and which is the track that encompasses the entire Chapter 2 album, thus giving a completely opposite appeal compared to Chapter 1.

The title song ‘Why So Serious?’ is a funk rock dance genre that combines the powerful and catchy melody of pop with electronica sounds. It talks wittily about a zombie that has lived in darkness for a very long time who falls in love with a human girl.

SHINee has caused quite a stir with their elegant performance using a specially designed stand-up microphone for ‘Dream Girl’. They are again preparing a powerful performance based on the lyrics of ‘Why So Serious?’ and are expected to capture the eyes and ears of music fans around the world once again.

‘Orgel’, which Jonghyun wrote the lyrics to, uses dreamy lyrics and a repetitive melody to create a mystical feeling as if the melody leads one into a dream. Minho and Key’s powerful rap is added to complete the song in a sensual fashion.

Also, ‘Sleepless Night’, which Max Changmin of TVXQ wrote the lyrics to, is a soft pop ballad that expresses the longing for lost love in a sorrowful manner. The beautiful piano performance, sweet string sounds, and the bittersweet and sentimental melody are highlighted by the vocals of SHINee. This song has already been revealed during the showcase in February and is expected to concentrate the attention of fans waiting for its official release.

The dark sounds in ‘Excuse Me Miss’ creates a unique charm by being combined with soft and sweet lyrics, while the powerful dance track ‘SHINe’ combines high quality lyrics that express the love of fans as a ‘shine’ together with tough drum sounds to add enjoyment to listeners.

Other tracks include the dance song ‘Dangerous’ that has impressive analogue sounds and strong drum beats, ‘Like a Fire’ that sings about a burning love for just one person using the intense adlibs of SHINee, and the electronic pop number titled ‘Evil’ that vividly describes a nightmare. The album is made up of a total of nine tracks of various genres and is more than enough to experience the diverse musical colors of SHINee.

Meanwhile, SHINee’s third full-length album Chapter 2 ‘Why So Serious?-The misconceptions of me’ will be released on April 29.